If You’re Dealing With Pain, Consider Your Posture 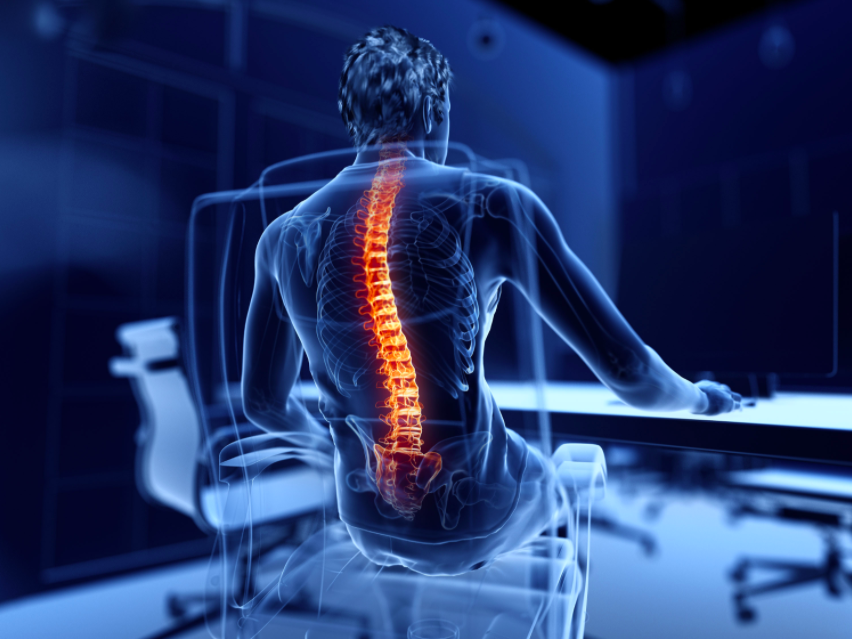 You may not give much thought to your posture, but you probably should. Posture isn’t just about standing up straight to boost your appearance. Whether you keep good posture or poor posture may also have implications on certain aspects of your health and could contribute to the development of several painful conditions.

Good posture is a state of balance in the muscles and bones that protects the structures of the body from injury and deformity, and it primarily involves the position of the spine. The spine has three natural curves—one at the neck, one at the mid/upper back, and one at the lower back—and having correct posture generally means maintaining these curves without increasing them. To maintain the spinal curves and practice good posture, it’s helpful to visualize a line when looking at the body from the side that passes down through the ears, shoulders, hips, middle of the knee, and finally the center of the foot. Good, or correct posture, means keeping this line straight as often as possible when moving and at rest.

Poor posture, on the other hand, is the improper alignment of body parts that results in increased strain and less efficient balance of the body over its base of support. Any sustained positions that prevent the straight line from being drawn contribute to poor posture, such as slouching with the shoulders hunched forward, keeping your head held too high, or looking down too frequently.


Poor posture doesn’t only detract from you presenting your body in the most optimal light, but it could negatively affect your health as well. According to one study, there was a significant association between patients with forward head posture (slanting the neck forward and protruding the head in front of the shoulders instead of aligning it directly above them) and neck pain. This relationship was also found to work in both directions, as patients with neck pain had significantly more forward head posture than those with no symptoms.

Chronic neck pain due to prolonged forward head posture could in turn lead to other issues, as one study found that that patients with chronic neck pain had reduced respiratory strength and other evidence of respiratory dysfunction. This is likely because pain and fear of movement causes patients to keep suboptimal postures. Sitting tends to promote greater forward head posture than standing, and another study found that keeping this position can lead to shoulder pain and headaches, in addition to neck pain. Lastly, a literature review has shown that postural issues of all sorts are linked with several other conditions, including back pain, jaw disorders, and impaired balance.

In our next post, we’ll take a closer look at posture by answering some frequently asked questions.